OpenID connect is a protocol built on top of OAuth 2.0 to authenticate users and communicate the identify information to the service provider application. 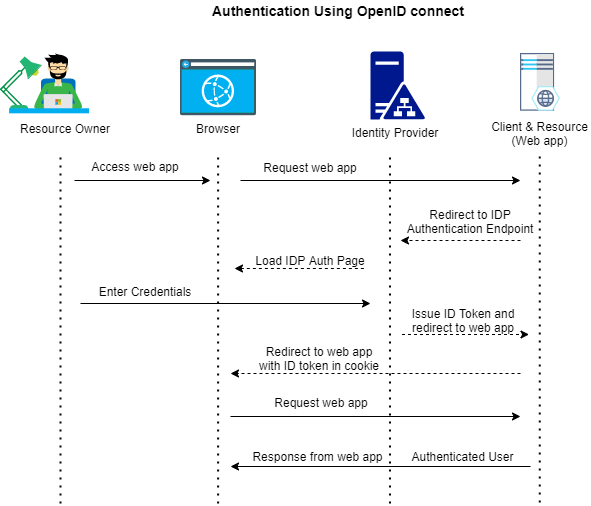 The ID token is often persisted in a cookie and is sent across in requests, so that the service provider application will know the user is an authenticated user. Due to the presence of this ID token, if the user tries to access another application that trusts the same identity provider, user will not be asked to authenticate again, only further consent if required might be asked and new ID token for the second application will be provided and redirect direct to the application, thus implementing a single sign-on behavior.

ID Token contains a AUD claim which represents an audience which is the application that the token targets, hence each application needs a separate token. ID token is purely used for user identification and not for authorization. Authorization like in case of accessing an API should be always done using an access token. 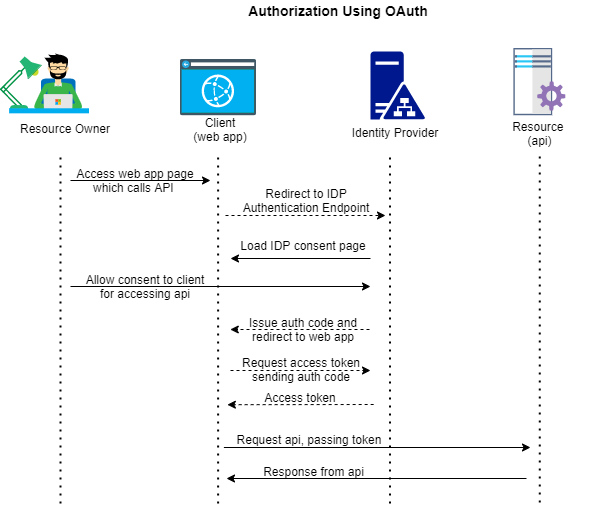 Almost all the applications would talk to a resource to get required data and would need an access token to do so. An access token cannot be issued unless the user’s identity is established, hence in almost all scenarios, the flows described above are used together. Below are different scenarios where different authentication and authorizations flows are used.

Auth code flow was primarily intended to be used by web application deployed on a server, hence the auth code and a client secret has to be submitted over https to get the access token. But this was a challenge to apps like single page javascript based apps which executed completely on a browser with no supported server. At the time Javascript calls to a domain other than the one loaded it was prohibited (before CORS enabling was a thing). Hence the next flow.

This flow is like the authentication code flow, except that after authenticating the user, the IDP returns the Access token instead of the auth code. This was the client app can get hold of the access token and make direct calls to the API. 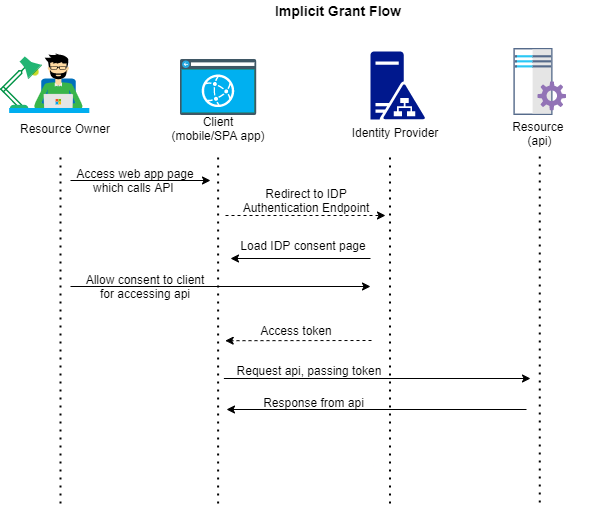 This flow had security issues, where the client app could be injected with a malicious cross site scripted page and the response from the IDP could go directly to a malicious app. Once the malicious app gets the access token, it can perform actions as the user. Also since the app runs in an untrusted environment, it cannot be trusted with a secret like a client secret key etc, as anyone can inspect the app get to know the secret values.

Because of these reasons, this flow is not recommended for client side running without a server behind. Hence the next flow.

To protect the authorization code flow from the above mentioned vulnerabilities, another layer of security is introduced. The flow is similar to the authorization code flow except that the client app generates a verifier code and produce a challenge word cryptographically and is submitted as part of the initial authentication redirection to IDP. IDP then stores this challenge and the auth code is sent back. The client app then posts the auth code and the verifier code that was generated previously (not the challenge) to the token end point, which the IDP validates and send back the access token. The introduction of the verifier and its challenge, which is runtime generated by the client app stops the malicious actors from using a CSRF the request and getting hold of the access token. 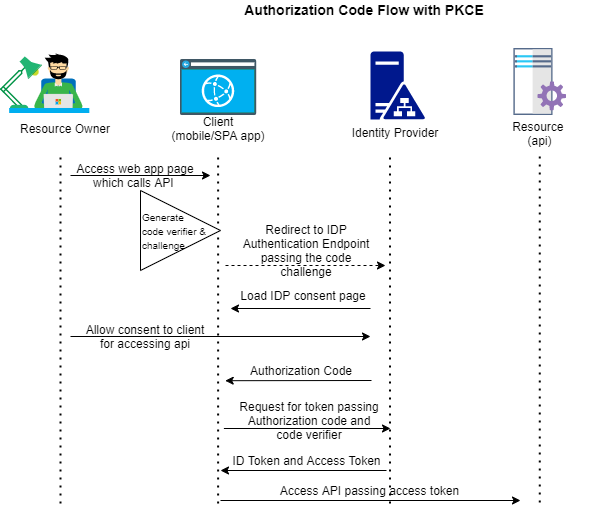 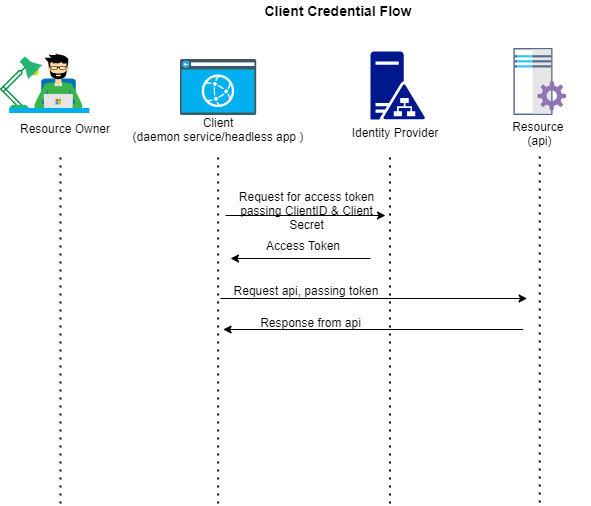 The above mentioned flows covers majority of the interactions between the resource owner, client application, IDP and the API, but there are other flows which is variations of these used in difference scenarios and different IDPs implement different scenarios. Also, there are new ways to authentication/authorization being implement as newer scenarios/devices/user cases emerges. Azure AD is such an IDP which implements authentication/authorization flows and can be used by applications hosted in Microsoft Azure or elsewhere.